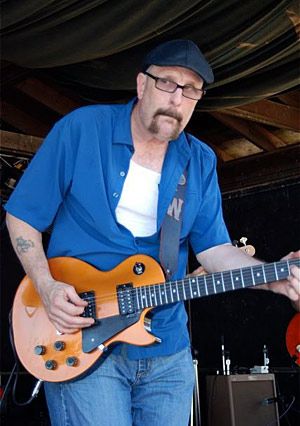 Perry Weber certainly joins the band with lots of blues experience. He is steeped in Chicago Blues and delivers it with great energy.

Here's Perry in his own words:
"I was lucky to have great friends and mentors when I was starting out playing blues. Two guys stand out among them all: Bryan Lee and Luther Allison. Every night of the week one of them would be in town somewhere, so I would go see them. They were very good to me, always taking time with me.

Next came help from Madison Slim, Willie 'Big Eyes' Smith, Calvin Jones and my biggest and most important mentor, Jim Liban. So much thanks goes to Hubert Sumlin and his wife Bea Sumlin, for all the years as an adopted son. Thanks, too, to Barrel House Chuck, Billy Flynn and Piano Willie. There are so many, I can't name them all!