Episode One - Meet The Jimmys 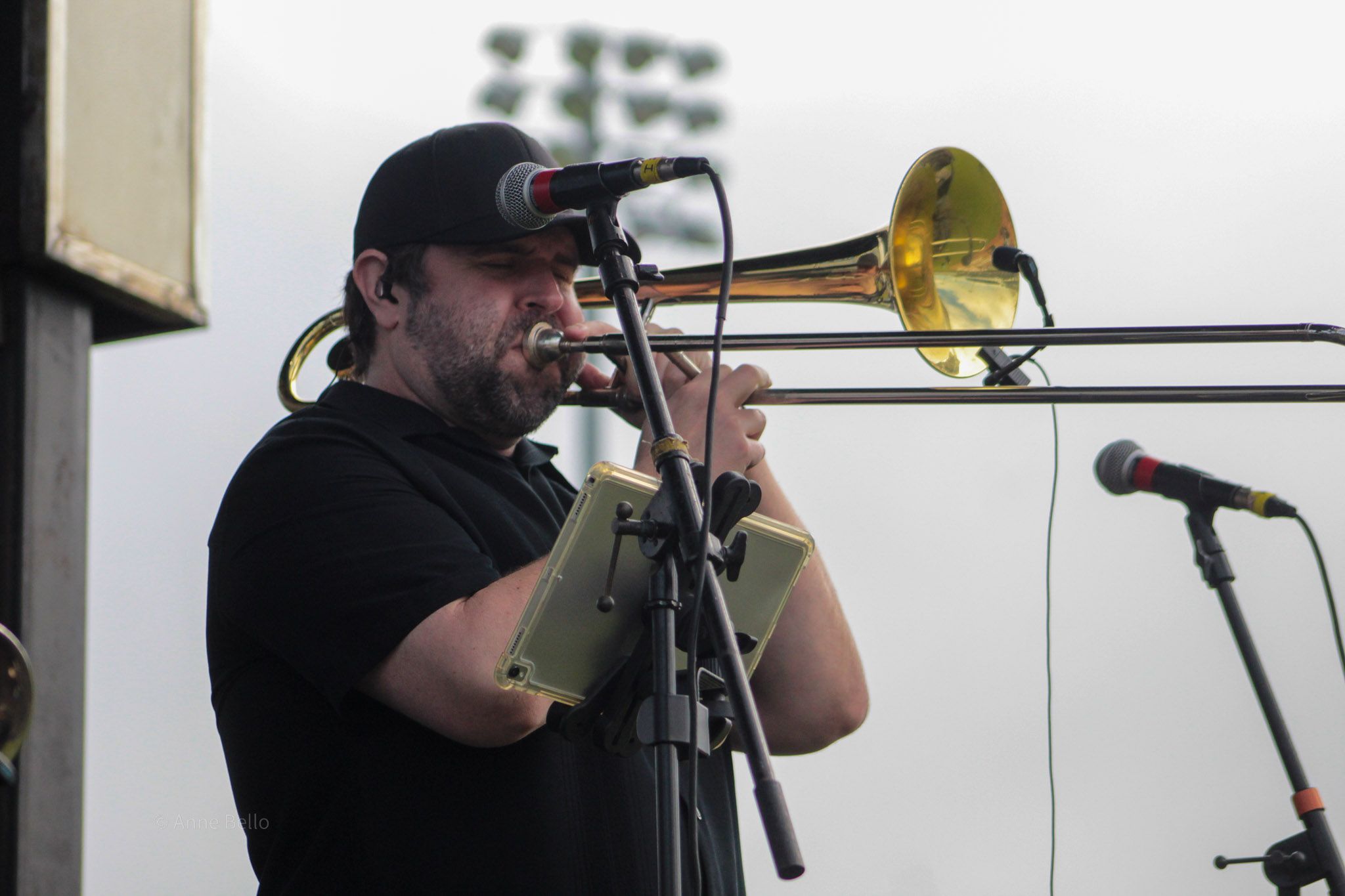 Q) When did you join The Jimmys and how did it happen?

A) I joined in the summer of 2019, splitting time covering the trombone chair with Kevan through the remainder of the year as he finished his grad school program. Previous to that I had just sat in with the band at Knuckle Down Saloon in Madison and at Leisure Lanes in Monroe, WI.

Q) What is your musical history?

A) I began playing trombone in the public school band program in Monroe and kept playing as a hobby while in school at The University of Wisconsin-Platteville. In 1996 I joined some friends in starting a New Orleans-style brass band that eventually became the Youngblood Brass Band, an ensemble through which I eventually met Mike (trumpet) as a fellow member, and Pete (saxophone) as the friend of a member of the group. I have played in a number of New Orleans-style ensembles and soul and funk ensembles through the years in Madison, Milwaukee, Chicago, and Washington DC. I moved back to Monroe in 2018 and began playing with The Jimmys about a year later.

Q) Who are some musicians who have inspired you?

Q) Do you do any other work related to music, and if so, what?

A) I have been recording remotely for a funk and soul band I played with in Washington DC called AZTEC SUN and I still play with a few brass bands in Wisconsin: Mama Digdown's Brass Band, Youngblood Brass Band, and Extra Crispy Brass Band.

Q) Is anyone else in your family a musician, and if so, what do they play?

A) My mother was in a Swiss singing group with her mother (my grandma) and her brother Bill Gempler. Bill is a drummer who'd played with Johnny (bass) and Jimmy (keys and vox) for years.

Q) Where is your favorite place (city or venue) to play and why?

A) I think my favorite venue has to be Le Bikini in Toulouse France (https://lebikini.com). It's an amazing, modern venue with tons of backstage space, complete with a swimming pool and team of French chefs that spend the day cooking for the bands, setting out food throughout the entire day; next level accommodating.

Q) Where is the first place (city and venue) you were paid to play and how old were you?

A) I believe my first paying gig was at the Labor Temple in Madison. playing as part of the annual Labor Day festival in 1996. It all came full circle as I played that festival again with The Jimmys last summer.

#thejimmysband would like to thank you all for reading Episode 1 and getting to know Joe a bit better. We're very happy he joined the band. The man can play!!