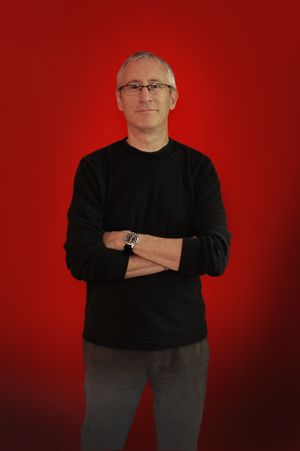 As a touring musician Mike has performed at least 600 dates outside the US in 24 countries - and toured extensively within the US. In addition to The Jimmys he plays with the Madison Jazz Orchestra, the Madison Neophonic Jazz Orchestra, and Orquesta MAS. He's a former member of Youngblood Brass Band, Mama Digdown's Brass Band, Phat Phunktion, Fuego Latino, Orquesta De Kache, The Clyde Stubblefield band, the pit orchestra for Royal Caribbean's Majesty of the Seas cruise ship and played with The Temptations in Milwaukee. Over the years Mike's been in the pit orchestra for too many musicals for him to recall.

Highlights include playing at numerous European music festivals - among them the world's largest: Roskilde and Glastonbury; broadcasts for BBC Radio, NPR's "All Things Considered"; interviews/performances for many European national radio and television programs; playing for 45,000 people at a Zurich festival; playing with the featured artists on the season finale' of "Die Schweitzer Talent" - Switzerland's equivalent to "America's Got Talent"; and performing in the Canary Islands and South Africa.